Welcome to the first Seedling feature, a conversation with a fellow Seed Space member and an insight into their business, philosophies, and lifestyle. These conversations are designed to build the Seed Space network, develop rapport, start interesting topics of conversation and most importantly, showcase some of the incredible people we have in our space.

This week I sat down with Nimmity Zappert, founder of All of the Good Things, chair of the ANZ Fair Trade Association, and a good life extraordinaire. You can find the video of the full interview here.

Fair trade: the spark in Mumbai

Nim started her career in IT, working internationally in senior management for over 20 years. Her career gave her the opportunity to travel extensively across the globe and familiarise herself across cultures. This also meant exposure to the disparity between living conditions in Australia and those in less developed nations.

“Well, I guess I think like many of us, none of us like to see poverty or suffering. When I was traveling, I did experience some of that in a much closer proximity than what I had living here in Australia.”

But it wasn’t until about eight years ago, on a trip to Mumbai, that something shifted.

“I remember being [in Mumbai] in a really nice car, and the poverty that you just see driving through the city is pretty confronting. There’s little children begging. I have this really vivid memory of this little girl doing somersaults outside my window, and I was told at the time not to give her any money, and I always feel bad that I didn’t.”

As citizens of a global world, this is something we can all relate to. Whether it be WorldVision ads, “volountourism”, or an experience like Nim’s, most of us have had to confront injustice, poverty and suffering. And perhaps we’ve gone home, and tried to forget about it. But instead of succumbing to feelings of despair or using avoidance as a coping mechanism, Nim faced the situation head on. She sought out a movement to connect with that she felt could address the problem, and that’s when she got involved with fair trade.

“I’m really passionate about that idea of people and planet, making sure that when we’re making purchasing decisions – or actually, when we’re doing anything – that we’re trying to constantly improve our planet.”

And that’s how she got to where she is now, as the Chair of the ANZ Fair Trade Association executive committee and founder of All of the Good Things. She’s created a life where she can devote 100% of her working time to something that she’s passionate about.

“I really feel that we’ve only got so much time and energy, each of us. And I want to develop my time to something that I feel is really positive.”

From paternalism to empowerment

Many of us have heard about the fair-trade movement, or at the very least, have seen a FairTrade logo on our chocolate bars. But we probably couldn’t begin to explain the principles that lie at its core. One of the philosophies that underpins the movement (which covers broad issues, including poverty and sustainability) is ‘Trade, Not Aid’. This is representative of the movement’s firm belief in empowerment, which vastly contrasts the paternalistic models that we often see.

“So the idea of ‘Trade, Not Aid’ is really about empowering people to build their own business. And it’s a sustainable model, sustainable in an economic sense. If you’re working in a charity model, you’re constantly asking people for money and trying to raise money to feed the charity, whereas in fair trade, you’re actually empowering people to have their own businesses and their own livelihoods which is ongoing thing that they can build and grow, which I think is really, really powerful.”

Of course, Nim’s business All of the Good Things is built on this philosophy too. So when she’s finding beautiful, practical things to incorporate into her packages, the first place she looks is within the fair trade community.

“So that’s my first port of call now, and if I can’t find what I’m after in the Fair Trade community, then I start looking at this broader ethical community.”

When choosing her products, she ensures that at the very minimum, the core principles of fair work and fair pay are in place, and that her products are environmentally ethical too.

Living the good life: 66 days can change the world

Human behaviour is built on habits. It’s our everyday actions, the small things we do day-to-day that make up our lives and the world. And according to a study published by the European Journal of Social Psychology in 2009, on average it takes 66 days for us to form a new habit. That’s where Nim’s mantra 66 days can change the world originates. Through this, she’s developed a business model that nudges people towards positive habits.

“All the Good Things is about making it easier to make choices that are good for people and planet. So if you you can gift someone an eco-friendly kitchen set up gift pack, hopefully they’ll continue to use those products and then you’ve not just made one change, but you’ve made a series of incremental changes.”

And what about Nim’s own conscious journey? What conscious habits has she brought into her life? Nim explained that practicality is key to making something last. Habits like using reusable coffee cups, switching to plastic free kitchen brushes and hand wash, and using biodegradable dish cloths (all available on her website), means being a mindful consumer becomes an easy, new normal.

But habits lie beyond the tangible. In fact, most of our habits are not what we do, but how we do them. If there’s one habit Nim would like everyone to learn, it’s to be ruthlessly inclusive.

“When you’re managing a team or a group of people, really make sure that everyone is always involved and heard.”

The compounded effects of ruthless inclusivity in a workplace, family, and friendship group might just literally change the world.

“I’m really passionate about that idea of people and planet … but people first, because I think if you get that right, then the rest is much easier.”

Each Seed Space feature, I’ll finish our conversation with these three questions.  You’ll get to see the diversity of answers and approaches across people and across time.

What is a book or podcast recommendation for the Seed Space community?

Unlocking Us with Brené Brown, particularly because she interviews a lot of interesting people. What I find is I listen to her podcast and nine times out of ten, I buy the book of whoever she’s interviewing because it’s just so interesting.

What is your number one tip for making the world a better place?

I believe the biggest danger to the world is cynicism. So, if you don’t believe that you can improve things, then we’re never going to do it. Stay positive. That doesn’t mean not being realistic, but you just don’t have to get cynical.

Well, I’m going to say that the world will look like what I hope. Let’s be optimistic. I know there’s a lot of negative stuff going on in the world, and a lot of things that need improving. But I think there’s also a huge amount of positivity going on. There is a real movement with your generation coming through, and we’re seeing some real positive change. I mean, just look at the social enterprise community here at Seed, for example. I mean, that sort of stuff just didn’t exist 10 years ago the way that it does today. So I think if everybody out there is really trying to do the best, I can really see a regenerated world from where we are today, and really be at a place where, you know, living this good life is perfectly normal. Because I think a lot is it’s really the only option that we have. 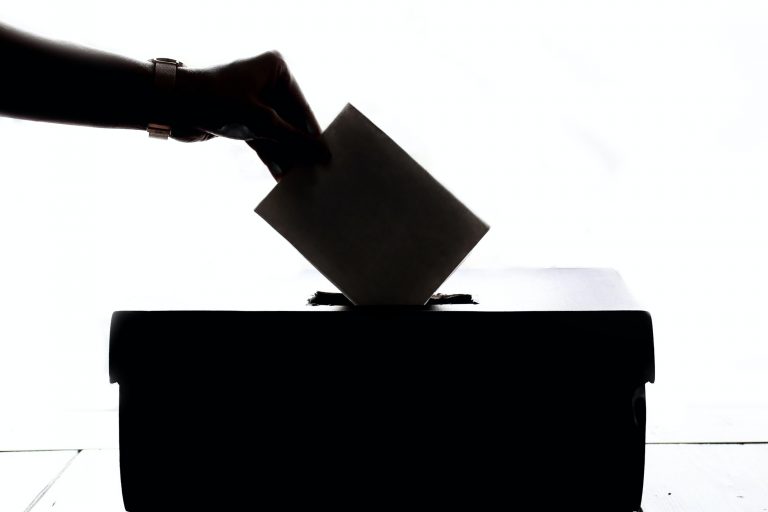 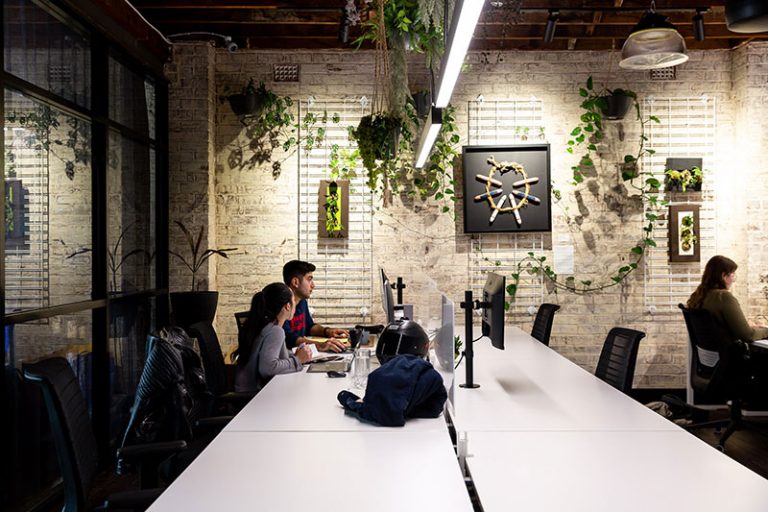 This upcoming election feels like standing on the edge of a precipice. Every election is important, but this y...

ONE: Zero waste coffee Here at Seed, we make sure sustainability doesn’t get in the way of our coffee ad...